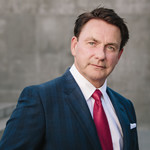 Richard MacPherson brings over 30 years of executive experience from a variety of industries across North America. Serving as President and CEO of ME2C since 2016, Richard MacPherson oversees the expansion, development, and commercialization of the company’s proprietary emissions control technologies across the fossil-fueled energy sector.

Mr. MacPherson founded Midwest Energy Emissions Corp in 2008 to commercialize Sorbent Enhancement Additive (SEA®) technologies. Under MacPherson’s strategic direction, these SEA® products and processes were launched across the coal-fired utility markets in the United States and Canada starting in 2008.  Mr. MacPherson negotiated the full SEA® patent portfolio acquisition in May 2017.  Since that time, ME2C’s patent portfolio has expanded with additional patents and patent applications for use in Europe, Asia, and North America. MacPherson is actively pursuing licensing partnerships in other regions around the world.

MacPherson’s corporate vision for ME2C is that of an environmental technologies firm focused on sustainable, highly effective emissions control technologies across the energy sector. This was further reinforced with the Company’s rebranding to “ME2C Environmental” in early 2021. 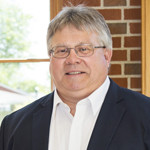 Mr. John Pavlish has over 20 years of mercury-related experience and is regarded as an international expert on the topic of mercury. His primary areas of interest and expertise include research, technical consultation, and development of mercury control technologies, in particular, for coal combustion and gasification systems. He is an inventor of a number of patented mercury control technologies and has years of experience in development and testing of these technologies for commercial application. Over the last 10 years, he has spent much of his time evaluating the efficacy of a number of different mercury control technologies/approaches and their cost-competiveness in the commercial market. Mr. Pavlish also has years of power plant experience and has worked for engineering/consulting company Black & Veatch, where he served as Unit Leader/System Engineer.

Mr. Pavlish is a professional engineer, a member of the American Society of Mechanical Engineers, and a member of the Air & Waste Management Association. He serves on numerous professional and technical committees and is a U.S. Representative on the Mercury Emissions from Coal International Experts Working Group on Reducing Emissions from Coal and a member of the United Nations Environment Programme Global Mercury Partnership, Reduction of Mercury Releases from Coal Combustion. Mr. Pavlish has published over 200 papers, articles, and reports on various mercury-related topics and issues. 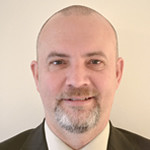 ME2C welcomed Jami Satterthwaite to its Management Team in 2019.  Ms. Satterthwaite is a seasoned CPA with expertise in operational innovation and business process improvement.  Her experience includes:

An early participant in the “Running Start Program”, Ms. Satterthwaite earned her Accounting degree in an accelerated schedule.  In 2015, she received industry recognition as a “CPA Practice Advisor 40 Under 40” honoree.

Ms. Satterthwaite is devoted to personal and community wellness and has served as a Board Director for local non-profit organizations. 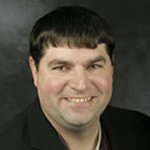 Dr. Nicholas Lentz, Field Technical Manager for ME2C®, has more than 7 years of experience conducting mercury research and testing, both in the lab and in the field, with over 30 full-scale mercury test programs and also numerous bench- and pilot-test projects. Dr. Lentz is also an expert in the identification and development of new analytical methods for the advancement of elemental and small-molecule analysis in a wide range of matrices, including coal and coal by-products, CO2 capture solutions, and oil and gas fuels analysis for combustion flue gas, syngas, fuel oil, and biowaste. Prior to his current position, Dr. Lentz was an Associate Director for Energy Technology Applications in the Institute for Energy Studies at the University of North Dakota. Dr. Lentz also previously was a CATM Program Area Manager and Research Scientist at the Energy & Environmental Research Center, where he was responsible for managing a portfolio of measurement-based research projects in the Analytical Measurement Area of CATM as well as experimental design and analysis-related control technologies to remove mercury, trace metals, and halogens from combustion and gasification systems. Dr. Lentz has a B.S. degree in Chemistry from Bemidji State University and Ph.D. degree in Analytical Chemistry from Iowa State University. He has authored and coauthored numerous publications. 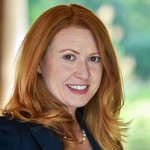 Stacey has more than 20 years of experience as a corporate steward, enabling the growth of small to medium sized companies in both the private and public sectors supporting C-level executives. In this role, she has been an advocate for corporate branding standards, streamlined sales processes, and driven marketing initiatives across various platforms. With more than 10 years of experience in the specialty chemicals manufacturing industry, Stacey navigates the administrative arm of the company. As the direct assistant to Rick MacPherson, Stacey also supports ME2C Environmental’s Executive Team, Board of Directors, and interacts with all areas of corporate communication, from our website to fulfilling the administrative needs of our loyal investors. Stacey enjoys connecting the dots across the corporate landscape.

A native Atlantan, Stacey attended the University of Georgia and resides in North Atlanta with her family. Actively engaging in her community, Stacey is an avid reader, writer, and nature lover.