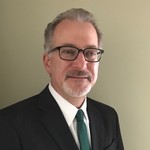 David M. Kaye is an attorney and has been a partner in the law firm of Kaye Cooper Kay & Rosenberg, LLP, located in Roseland, New Jersey, since the firm’s inception in February 1996. Since 1980, Mr. Kaye has been a practicing attorney in the New York City metropolitan area specializing in business, corporate and securities matters. From March 2006 to June 2011, Mr. Kaye was a director of China Youth Media, Inc., resigning from such position effective with the merger between the Company with MES, Inc which was completed in June 2011. From December 2000 to October 2009, Mr. Kaye also served on the Board of Directors of Dionics, Inc. Mr. Kaye received his B.A. from George Washington University (1976) and his J.D. from the Benjamin N. Cardozo School of Law, Yeshiva University (1979).